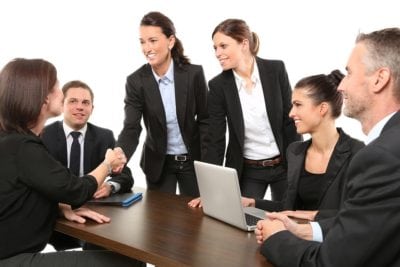 The first impression is the image that is formed at the first meeting with a person from other people. This is not only due to the receipt of emotional and physical information, but also through the development of their own personal reaction to them. Thus, in the head there is a certain set of characteristics of this individual, in accordance with which further communication will develop. For all mankind, this process is very important, because it predetermines any relationship between people. Therefore, everyone is trying to learn how to produce the impression that he needs in this situation.

The process, during which the impression is created, lasts only a few first minutes when meeting. Despite this, it fits in people’s minds as a guide in building future relationships. The way a person is perceived at this moment depends on many factors that influence the formation of the first impression. Most modern psychologists are trying to make a list of the most important points, which are addressed first.

Today among them there are:

External appearance. This factor can be explained as an estimate of the overall picture. These are emotions that arise for the first time when a given person is seen. They are not backed by conversations or manners, but are simply built on the feelings that it gives to his appearance during the meeting.

Elements of appearance. No matter how one tries to object, the most important point in shaping the first impression of a person is the evaluation of material qualities. This clothing, and the state of hair, nails, skin. All that can be seen with the naked eye even before the conversation. Absolutely all people pay attention to this and take note long before the recognition of a particular person as a person.

Manifestation of emotions. Only after evaluating the previous qualities are the intangible characteristics of a person taken into consideration. At this point, attention is drawn to the manifestation of feelings. It is important how this person behaves in this or that situation, whether he will smile during jokes and what views on life he shares. Thus, assess the moral qualities, which is also important in acquaintance.

Features of behavior. Many people are able from the first minutes of the human position to determine many of the features of his character. To do this, they assess the gait, the position of hands and feet in communication, gestures, movements of facial muscles and even the nature of a smile. These and many other points allow us to determine the intentions and openness of the opponent, his habits and attitude to the company. This point is extremely important also because it helps to know the type of person’s character.

Individual qualities. The last thing that is assessed when meeting a person, are his personal characteristics. These are the qualities that distinguish it from the general mass. These can be both views on life, and the presence of a birthmark on the chin. In a word, what can attract and attract the attention of those present.

Most often these factors are used in this order. But, despite this, every person has a tendency to notice what is more important and interesting, changing this sequence.

Given that the first impression of a person is formed in an incredibly short period of time, it can not be called objective. The thing is that its formation is influenced not only by this moment, but also by other factors. These are various circumstances and information that can distort the resulting picture. Often happens so that when an individual sees his opponent, he already has certain subconscious prejudices on his account.

There are several effects that have this effect:

Halo. This concept means an exaggeration of the significance of the first impression. After all, it can create a certain image that will be taken into account in all subsequent meetings. For example, if, at the first acquaintance with a woman, a man likes and becomes interested, all her bad deeds later she will justify herself. Exactly the same situation can arise and not in his favor. If he was late or unsuccessfully joked on the first date, then hoping for the second does not make sense.

Primacy. When assessing a person, everyone is inclined to set their priorities. And so someone first looks at the color of the eyes, while others look at neatness in clothing or generosity. It is the impression from the first point that can determine the attitude towards this person in general. Therefore, someone can be subdued by a beautiful jacket or by saying the desired phrase, even if, in addition, a person can no longer boast of anything. Perception forms what was originally presented.

Boomerang. Almost every person knows what this phenomenon means. The thing is that people are always inclined to somehow counteract the influence on them. Therefore, in relation to those who immediately tries to join the team, draw attention or put themselves above the rest, negative emotions are developed. Everyone perceives them as enemies, and, despite subsequent acts, everywhere they look for a dirty trick.

Condescension. This attribute is exclusively a feature of a person who has to make up his mind about someone. There are people who are inclined to feel sorry for others, so they will all be initially well-behaved. Their opinion can not be called objective, but this is how they see others.

Stereotype. A very common phenomenon that occurs in relations between men and women. It is in such cases that people tend to perceive new acquaintances already with a preconceived bad opinion. If the lady was once changed, then every subsequent male representative will need to prove to her that he is not like that. And it does not matter at all that she has no reason to think so, because the stereotype that has prevailed here before.

Projection. This happens among people who really do not like any qualities in themselves. That is why they subconsciously try to discern them in others. Therefore, the opinion of a person will be inherently bad, because it is backed by the most unloved habit or character trait. People rarely see these problems themselves, but communication with them is still quite difficult.
How to make a good impression

For the construction of any relationship, it is very important that a person is recognized from the good side. Not all people are able to show all their advantages, and this is quite capable of alienating others from them. To learn how to make a first impression, there is absolutely no need to reread millions of smart books and monographs. It’s worth just letting yourself be yourself and taking into account some facts about your opponent.

Features of the behavior when meeting

First you need to gather your thoughts and set a goal for this meeting. It is necessary to clearly understand how important it is for a person that they think about him. Having found out for yourself these criteria, you can start preparing yourself.

Here are some tips to keep in mind when meeting:

Be natural. When a person has an important meeting, he tries to prepare for it as carefully as possible. But outwardly such ideality may seem faked and unreal, which will alienate you even more. Moreover, all acquaintance will be spent on reflection, so that something does not forget and do not say too much. Therefore, such a long preparation will not lead to anything good. It’s better to be yourself and to communicate with a person sincerely, without unnecessary fuss.

Do not flatter. In order to please someone, it’s not necessary to imitate him completely. All people are individual in their actions and views. And the presence of one’s own opinion is more to the liking of sneaking and conciliation with everything. Of course, it is not necessary and too fiercely to defend your point of view, so as not to offend the opponent. Everything should be in moderation.

Enjoy the meeting. Despite what people will be present during the conversation, you need to calm yourself and come to this situation wisely. If the meeting does take place, it is better not to oppose it, but, on the contrary, to look for points of contact with the person. We need to listen carefully and take useful information for ourselves. Such a meeting can bring many benefits to both sides in constructing a constructive approach.

Look at yourself from the side. Sometimes this skill helps a person to make life easier during important meetings. After all, we look at ourselves from a completely different angle. Gestures and jokes of the individual can be understood only to him alone, but outsiders are able to perceive them as an insult. Therefore, it is worth reviewing your manners in communication so that they are accessible and understandable to everyone.

Identify your advantages. To interest someone, you must first determine for yourself how this can be done. After this, it will be much easier to establish communication, because a person will know their main virtues. They should draw attention from outside and make communication interesting. Such attractive moments can serve as a sense of humor, friendliness. If a person can not understand what interesting he has to offer, you must carefully work on yourself.

Rules of Conversation with the Interlocutor