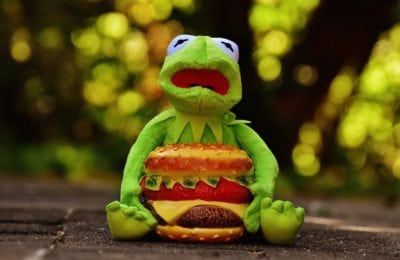 We all know perfectly well that chronic stress is the right way to excess pounds, bad mood and problems with sleep. But if the last two points are more or less clear, then the first one can be said with great reserve. Why do we feel the urgent need to eat a chocolate bar or a huge piece of cake when strained? Can this be a banal human greed? Or is it all about something more?

Despite the fact that self-monitoring in nutrition is really important, stress plays a significant role in weight gain. And if you are constantly nervous, it provokes a splash of sugar in the blood, incidentally disrupting the quality of sleep, which in turn forces you to overeat regularly, choosing dishes with lots of sugar, fat and simple carbohydrates.

But if you think that this is the end of the story, then you are mistaken. The fact is that unhealthy diet and lack of a regime lead to more serious sleep disorders, which automatically increases the level of stress and further destabilizes blood sugar levels. Oh yes, you understood correctly. Welcome to the endless cycle, which, if closed, is something like obesity and type 2 diabetes. And this is definitely not included in your plans.

To find out what exactly happens to the body during a stressful overload, scientists from the University of Leeds conducted a small experiment, the participant of which – with the purpose of artificially increasing the level of stress – was subjected to the so-called Maastricht stress test. At first he needed to quickly subtract 17 from the number of 2043, then he was asked to put his hand in a container of ice water and keep it there until the sensations become as uncomfortable as possible.

An analysis of the data showed that if a healthy person increases their sugar after meals naturally and then quickly returns to normal, then on the “same day” the volunteer returned to sugar after lunch for three hours. And this is six (!) Times slower than usual. According to the researchers, it happened because under the influence of stress our body automatically includes a “regime of danger”. In other words, the body thinks that the external risk is very high, and releases a large amount of glucose into the bloodstream to provide the muscles with energy.

However, if you do not need energy to escape from danger, the pancreas will begin to produce insulin in order to regain sugar. This growing level of insulin, along with the falling sugar level, makes you hungry – that’s why we all want something sweet (or just something tasty) when we are in a state of stress.

The same happens if you sleep poorly or not. A recent study at King’s College London showed that people who do not receive the necessary and sufficient 7 hours of sleep consume about 385 extra calories per day. And it, by the way, works even with children. In another study, the BBC reports, the scientists took a group of children 3-4 years old and not only deprived them of a day’s sleep, but also allowed them to sleep 2 hours less at night. The next day, all the small participants in the experiment ate 20% more calories than usual, especially by leaning on sweet and carbohydrate food. But what is even more interesting, a day later they still consumed 14% more calories than they used to.

Thus, if you do not want to gain weight “for no apparent reason”, it is important to choose a strategy that will help you cope with stress. Well, and will this deep breathing, relaxing music at night, special coloring or food-antistress – depends only on your preferences.