If you think that locusts are eaten only in some countries of Africa and the Middle East, then you are deeply mistaken. In fact, we regularly consume insect dishes, and we are with you. And it’s very useful. For several decades, chitin and its derivatives have been added to food, medicine, cosmetics and even to bandages and surgical threads (suture material). The Japanese began to do it first, followed by the exotic fashion of Europeans and Americans. Now we have joined the chitin. 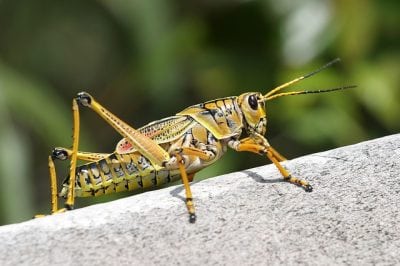 Image by WikiImages {link to https://pixabay.com/en/users/WikiImages-1897/}.

The one who did not skip the biology classes at school remembers that chitin is the substance from which the cancer shell is made. However, chitin is not only in cancers. It is a part of the outer skeleton of all arthropods: crustaceans (crabs, shrimps, lobsters) and insects (beetles, butterflies). In addition, chitin is found in the cell wall of yeasts, algae and fungi.

Chitin supplements are placed in food to improve its appearance, to enhance taste and aroma, or as a preservative. Some prefer insects in the form of food additives.

Benefits from a similar diet:

In the wild, chitin is found so often that, by prevalence, it holds an honorable second place among organic substances (after cellulose). Some scientists even believe that in the very near future, mankind will completely switch to a chitinous diet. So Professor of Polymer Chemistry from North Carolina Sam Hudson recently said that modern researchers “stand on the threshold of a beautiful new world, as infinite as the number of products that can be obtained from chitin.”

And it all started with the fact that in the distant 1811 the director of the Botanical Garden in Nancy (France), Professor Henry Bracconnot, was studying the chemical composition of fungi. His attention was attracted by a strange substance that sulfuric acid could not dissolve. This was the real chitin. Soon it turned out that the biopolymer isolated to the French scientist is present not only in mushrooms, but also in the insect wings. And in 1823 the substance was given an official name. “Chitin” – from the Greek “chiton” – clothing. In 1859 chemists, getting rid of calcium and proteins, received from chitin a new substance – chitosan – even more interesting than its predecessor. However, after all the discoveries of chitin for 100 years, no one except narrow specialists was not interested.

About how useful chitin with chitosan for health, it was revealed only at the end of the XX century. However, people began to eat arthropods together with the chitinous cover a long time ago. Even in the Bible, Levit’s book mentions “pure” and “unclean” insects, that is, those that can or can not be eaten. So, for example, locusts and grasshoppers are referred to as “clean”. Locusts and wild honey fed John the Baptist in the desert. Ancient Greek historian Herodotus mentioned Africans who catch locusts, dry it in the sun, pour milk and eat. It is believed that even the ancient Romans did not disdain locusts in honey, and the wives of the founder of Islam, Mohammed, sent as a gift to the spouse whole trays of locusts.

Cooked ants were served at dinner parties at the court of the Indian ruler Montezuma. The well-known zoologist and traveler Alfred Brem in his book “Animal Life” described how Sudanese people catch and enjoy eating termites. Many people have a gastronomic love for spider bugs preserved to this day. In some countries in Africa and the Middle East, locusts are sold in benches and bazaars, and dishes from it are included in the menu of expensive restaurants. In the Philippines, there are many ways to prepare crickets. In Thailand, crickets, caterpillars, dragonflies, and larvae of beetles go into the food. In Mexico, they eat bug-stink and grasshoppers. 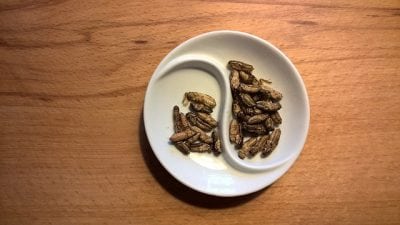 It is curious that a diet of insects came up in the late XIX century. In 1885, the English traveler and naturalist Vincent Holt, in opposition to vegetarianism and meat-eating, began to call for entomophagy – feeding insects. Unaware of the healing effect of chitin and chitosan, Holt nevertheless wrote: “Insects as a source of nutrients are much more useful and cleaner, because they themselves eat only plant foods.”

Saturated by insects, although difficult, but possible.