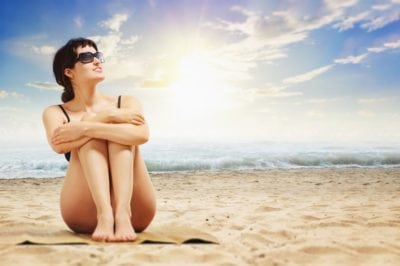 Is the sun a friend or an insidious enemy? Is it necessary to hide from its rays, or is it still useful to sunbathe for health?

Italian healers in the old days said that they do not need to go where the sun is looking. And they were right in many respects – our luminary is really necessary for the normal life of the human body.

The lack of sunlight is especially felt by the inhabitants of northern countries, where the climate is characterized by a small number of sunny days. However, even residents of tropical regions can suffer from lack of sun, strange as it may seem.
According to statistics, this is the cause of the shortage of vitamin D in the body of every second inhabitant of India, the Arab Emirates, Saudi Arabia. And the sun in these countries is very hot, and flames in the sky for most of the year. It is assumed that the lack of solar irradiation is a consequence of the fact that people are accustomed to wearing closed clothes, and in recent years also actively using sunscreen. At least, those who can afford it.
What to say then about the inhabitants of the North, where in winter it is almost constantly dark, and even the polar day the sky is often covered by dense clouds. It is here that people are more likely to suffer from depression and are more prone to neuroses and even suicide. But look at the inhabitants of the African continent – total poverty, lack of water and food, and they sing, laugh, and how selflessly they dance … Children of the sun, what can you say.
From what diseases can the heavenly body help.

Cosmetologists and dermatologists often advise their patients to use the summer for sunburn. It is noticed that in many patients with psoriasis the combination of sun baths and sea water significantly improves the condition – the disease recedes.

The same effect is exerted by sunlight on certain forms of eczema, and atopic dermatitis can also give up its position.

But you need to remember that you should not abuse tan. Solar burns have not yet benefited anyone, just like the body’s overheating. If a person is inclined to sweating, the summer heat can worsen the condition of his skin, since sweat is an excellent medium for the multiplication of bacteria, including harmful ones.

And no one canceled the harm of excessive ultraviolet exposure. Therefore, it is not necessary to forget about moderation.

Under the influence of the sun’s rays, the body develops serotonin, responsible for a sense of happiness, pleasure, euphoria. Remember how the mood improves on a sunny day – a smile blossoms on your lips, you add strength and you want to immediately turn mountains, open your wings and soar towards the unknown happiness.

Therefore, if you notice a propensity for depression – do not wait until it manifests itself in full force. From the depression there are two wonderful ways out – the airport and the station, the direction – to the sunny coast or no less sunny mountains.

Vitamin D is synthesized in the body under the influence of sunlight, it can also be obtained with certain foods. The lack of this vitamin disrupts many vital processes, including the absorption of calcium. A deficiency of calcium leads to bone disease – including, and to osteoporosis. Bones affected by osteoporosis become more fragile, break more easily and grow worse.
From the lack of calcium, the nails, hair, and, even more distressing, teeth also suffer.

You can take vitamin D in the form of a medicine, but it is better that the body produces it yourself, so you need to spend at least 15 minutes a day in the sun.

Other diseases associated with lack of vitamin D

The deficiency of this vitamin increases the risk of disruptions in metabolism, which leads, for example, to obesity. No, calciumpeterol alone is not enough to lose weight, you still need to take care of proper nutrition and sufficient physical activity, but vitamin D is necessary for the normalization of metabolic processes.

Studies have also shown that vitamin D deficiency accelerates the development of age-related degenerative processes in the retina, the so-called age-related macular degeneration. The macula is that part of the retina that is located in the very center, it is on it that the beams of light are focused. To maintain good vision, you need to spend enough time in the sun. Of course, protecting his eyes from the excess of ultraviolet broad-brimmed hat. The eyes will have enough reflected light. 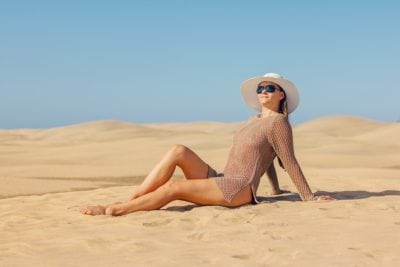 Vitamin D, synthesized in the skin under the influence of sunlight, is important for the sexual sphere. According to the results of studies conducted by Turkish scientists, men who are fond of sunbathing come menopause 5-7 years later than those who spend less than an hour a week in the sun. And for men, a vitamin D deficiency in general threatens the loss of a part of masculinity: without this important vitamin, the male body will not produce enough testosterone, as the results of the research have shown.

From the main male hormone, in turn, very much depends: from a manly appearance and character to a normal sexual desire, a healthy erection and the development of quality sperm.

For many years, doctors have convinced us that ultraviolet is very dangerous precisely because it causes the development of cancer. But recent research has yielded interesting results that can make a difference in our attitude to the sun, and it’s again in vitamin D.

It turned out that the ability of an organism to resist a tumor also depends on the level of this vitamin. And although in the hot countries the incidence of cancer is indeed higher than in the northern, the northerners of oncological diseases die more often. And scientists attribute this to the synthesis of cholicalciferol: the more it is produced in the skin of this vitamin, the better the prognosis.

Norwegian scientists who conducted studies of the effect of sunlight on the development and progress of cancer, even concluded that the potential harm is less than the benefits.
That does not eliminate the need for precaution. To abuse sunburn all the same it is not necessary. The sun, like any medicine, is useful only in the right dosage.